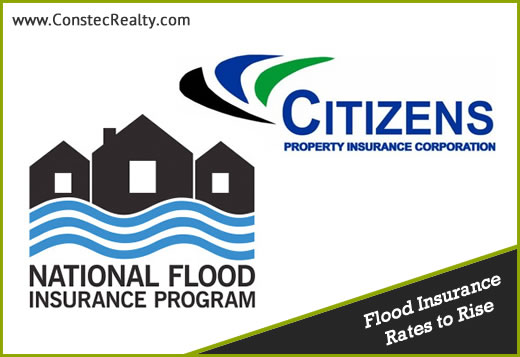 Those with second homes or waterfront property are looking down the barrel at much higher flood insurance rates.

That overhaul of the National Flood Insurance Program, due to the Biggert-Waters Flood Insurance Reform Act that passed last year with sweeping support, is threatening to start taking effect. Home owners are looking at higher flood insurance rates, which are scheduled to rise by 25 percent a year until their premiums reflect the true risk of flooding.

The National Flood Insurance Program has long offered subsidized policies with below-cost rates for homeowners in flood zones and has accumulated nearly $25 billion in debt since its creation in 1968. These subsidized policies are those that are not paying the full actuarial rate based on what is considered the true flood risk. The typical homes that have those policies were built in high-risk flood zones before the first flood insurance rate map went into effect in Dec. 31, 1974, and have been lucky enough to go undamaged up until now.

Although local and national politicians are trying to delay the effects of the reform act to some groups considered most affected, like those people purchasing homes from someone who currently has a subsidized policy or people who face higher rates when flood maps are updated, those who have second homes or whose property has repeatedly been flooded would still have to pay the higher rates.

Last year's law protected subsidies for people who receive them if their houses had not been flooded recently. The new legislation would allow them to transfer the subsidy when they sell their home. This will help out the Miami real estate market as potential buyers would not be scared off by the new higher insurance rate.

Some think the National Flood Insurance Program should take a cue from Citizens Property Insurance, Florida's state insurer and reduce the number of policies under its program.

Florida legislators recently approved depopulating its state-backed insurance company which in turn reduces the state's exposure and increases its ability to pay out claims in the event of a future catastrophic storm. So to speed up the takeout (or depopulating of Citizens) next year all renewing policyholders and new customers seeking coverage with Citizens will be first sent through the newly created Consumer Choice Clearinghouse electronic bidding system. If a private company submits a quote within 15 percent of Citizens’ quote for a policy, the agent and the insured will get a letter [saying] that they are no longer eligible for Citizens. During the past few years, the state has shuttled more than 473,000 homes from Citizens to private insurers. This month, up to 200,000 Citizens customers will get letters from insurance companies asking for their business. The state of Florida hasn’t required most companies receiving Citizens’ policies to commit to a rate cap, so they will be free to request rate increases of their choosing at renewal time. The Office of Insurance Regulation reviews and decides if rate increases are justified. It rarely denies the increases but sometimes approves less than the companies request.