A new condo boom hits Miami - How to navigate through it 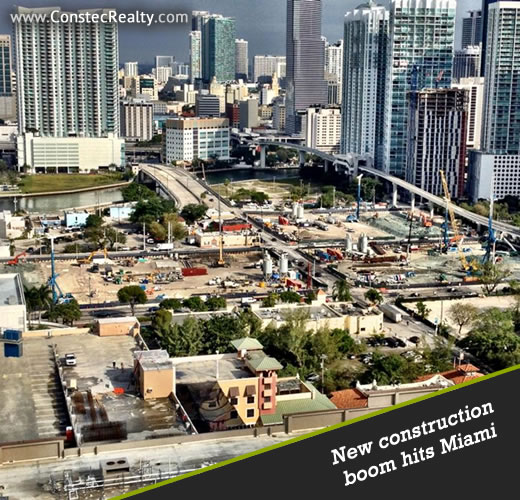 Talk about quick healing. Developer wounds from this very recent condo bust are nowhere to be found, and pre-construction is selling at breakneck speed. As Yogi Berra would say: It’s deja vu all over again!

Since 2003, 83 towers with nearly 23,000 condo units were added to the downtown skyline, from Brickell Avenue through the Biscayne Corridor, causing an oversupply of epic proportions by 2007. That oversupply of condos, experts estimated in 2009, would take possibly a decade to be absorbed. But, here we are at the beginning of 2013, with less than 1,200 units that remain unsold.

How is this possible and how are developers doing it this time?

What is different is that developers are asking for buyers to put down 50% or more of the purchase price before they close on their residence. The fact that developers are practically selling 70% or more before they break ground helps a great deal. They use the Buyer’s deposit (except for 10% that stays in escrow), more of their equity and practically no bank loans (one $160M loan was announced this week for a project and it is the first significant one) gives the developers the incentive to keep building. They assume very little risk and book their profit (virtually) before they break ground.

"Build and they will come" seems to be the motto again, though with the precautions just mentioned before. Evidence of this is that projects that got started last year such as MyBrickell, Brickell House, Millecento are completely sold out. Others have units that the developer will not release until the project is finished estimating that they will command a higher price for those residences. This year a new project in Coral Gables has sold 60% in 60 days; that is 2 units per day (Saturdays and Sundays included).

Now the developers are mostly the usual suspects. By this I mean the same people that were around last time. But as last time, not all developments are winners as I could easily have told you last time around. Some developments look good on paper but not in real life, others age better due to factors such as finishes, better locations, and even right sales effort by targeting right clientele.

If planning to purchase a pre-construction condo it is important to choose right and that can be easily done by getting expert advice. With over a decade we know all developers, projects and will help you navigate and make the best choice. This is what we do! When you come and visit the different sites you will get all the information and history to make the best informed decision. Contact us by calling +1.305.244.7512 or email us at inquiry@constecrealty.com