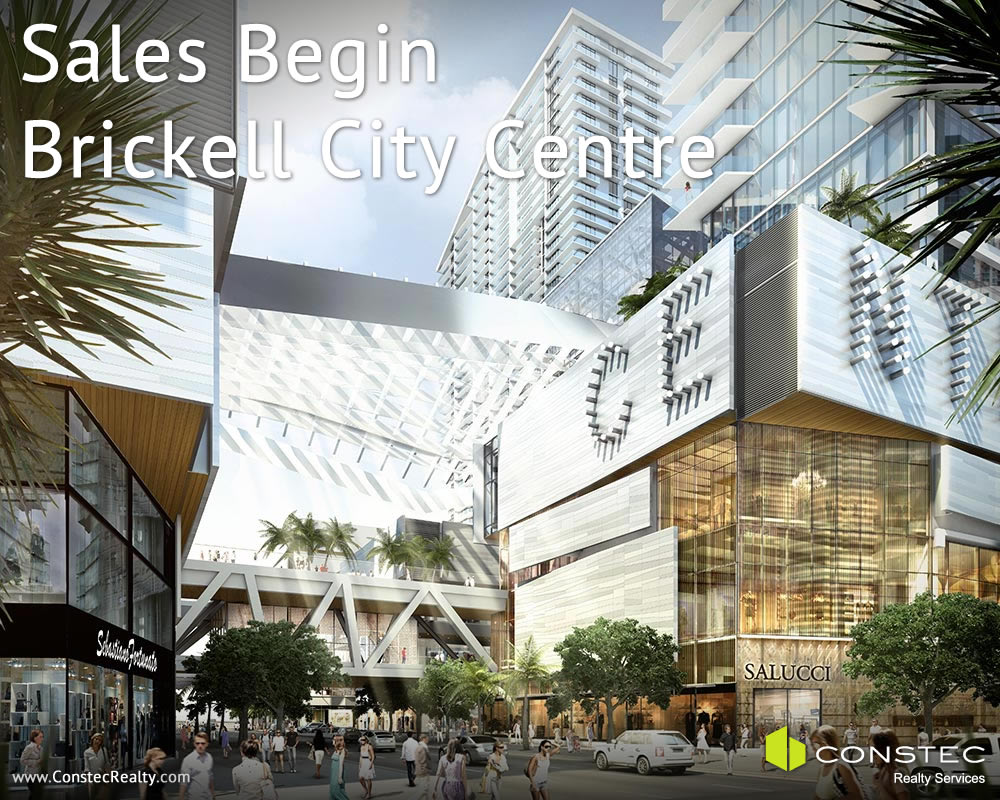 In May, sales for the long awaited Brickell City Centre project located in the heart of Miami’s Financial District on Brickell will begin. The first phase, already under construction, will feature 820 residences. Brickell City Centre is at the present time a unique project in Miami. Nothing compares to it. It will offer an urban lifestyle that up until now had not existed in Miami.

The project, which will cost more than a billion dollars, will have office, residential, hotel, luxury retail shops, restaurants and entertainment areas, in addition to a large underground parking. The first phase, to be completed in late 2015, will include:

The idea is to build a city within a city, an epicenter for fashion, entertainment, luxury, hospitality and more. Brickell City Centre, by the architectural firm Arquitectonica, extends for more than three blocks. It has a completely new design for Miami with suspended walkways that connect the different towers in the complex. The mall will feature some of the best restaurants in Miami and some of the most prestigious brands in the world. Brands that until now were only in Miami Bal Harbour Shops have signed and will be present in Brickell City Centre. The mall will have tropical landscaping similar to Bal Harbour Shops. 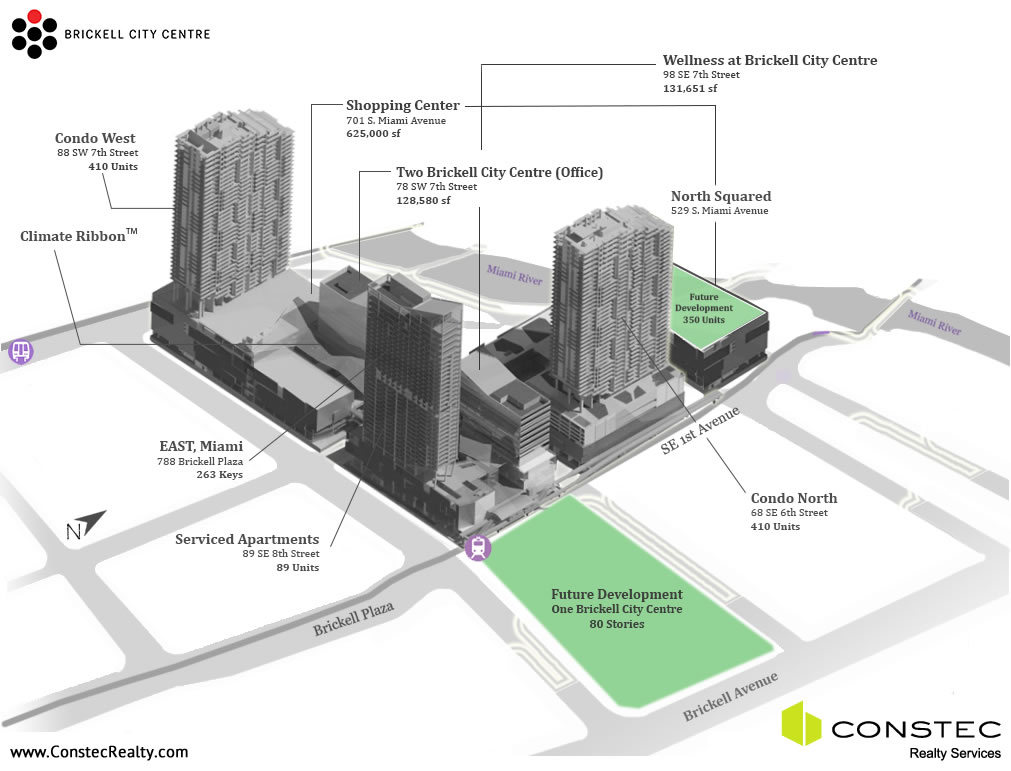 The 820 residences will be spread over two towers, Condo West and Condo North, both with 410 units. The residences offer large spaces, impeccable finishes and stunning views. Swire Properties, the company that developed the project, adopted the same payment scheme that has become popular in recent years when it comes to buying property in pre construction in Miami. 50% of the value of the apartment will be presented during the pre construction phase and 50% at closing of sale when residences are delivered.

Constec Realty Services now has a list of those interested in buying condos in Brickell City Centre, so if you’re interested email us to inquiry@constecrealty.com  or call us at +1-305-864-3100 to have you in our system so that once sales start we contact you immediately so that you can choose the condo that most interests you.

« Trulia and Zillow Florida Should You Question the Agents They Promote? Where are the Miami Mansions? »